Come rain, come shine, come snow, come wind so cold it feels like fire, Dylan Friedmann has been dutifully plunging into Lake Ontario every single day for the past 365, encompassing the entirety of 2021. 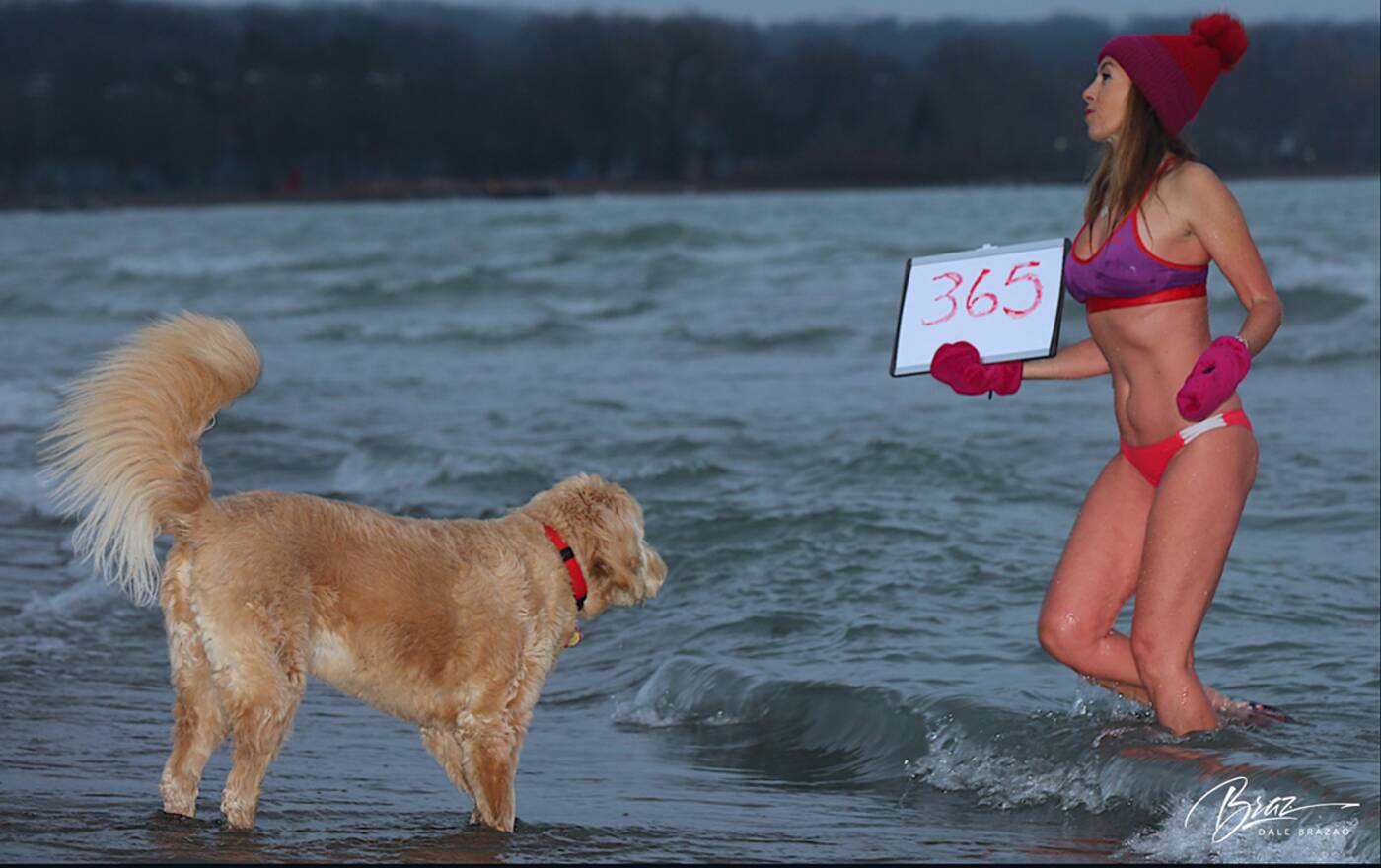 The badass Toronto professional hasn’t made it a point to blast her progress all over Instagram, as most of us would, though she has been quietly raising funds and awareness for Kids Help Phone.

But it’s hard not to attract attention when you’re doing something so extreme (and tbh totally in right now). Some residents of The Beaches have taken notice of this brave bikini babe and are applauding her tenacity today as she finishes her chilly quest.

Award-winning news photographer Dale Brazao, who retired from the Toronto Star in 2016 after more than 40 years of excellence, told blogTO on Friday that he’s been photographing Friedmann and some of her “Cold Weather Dippy Dippy” friends for most of the past year. 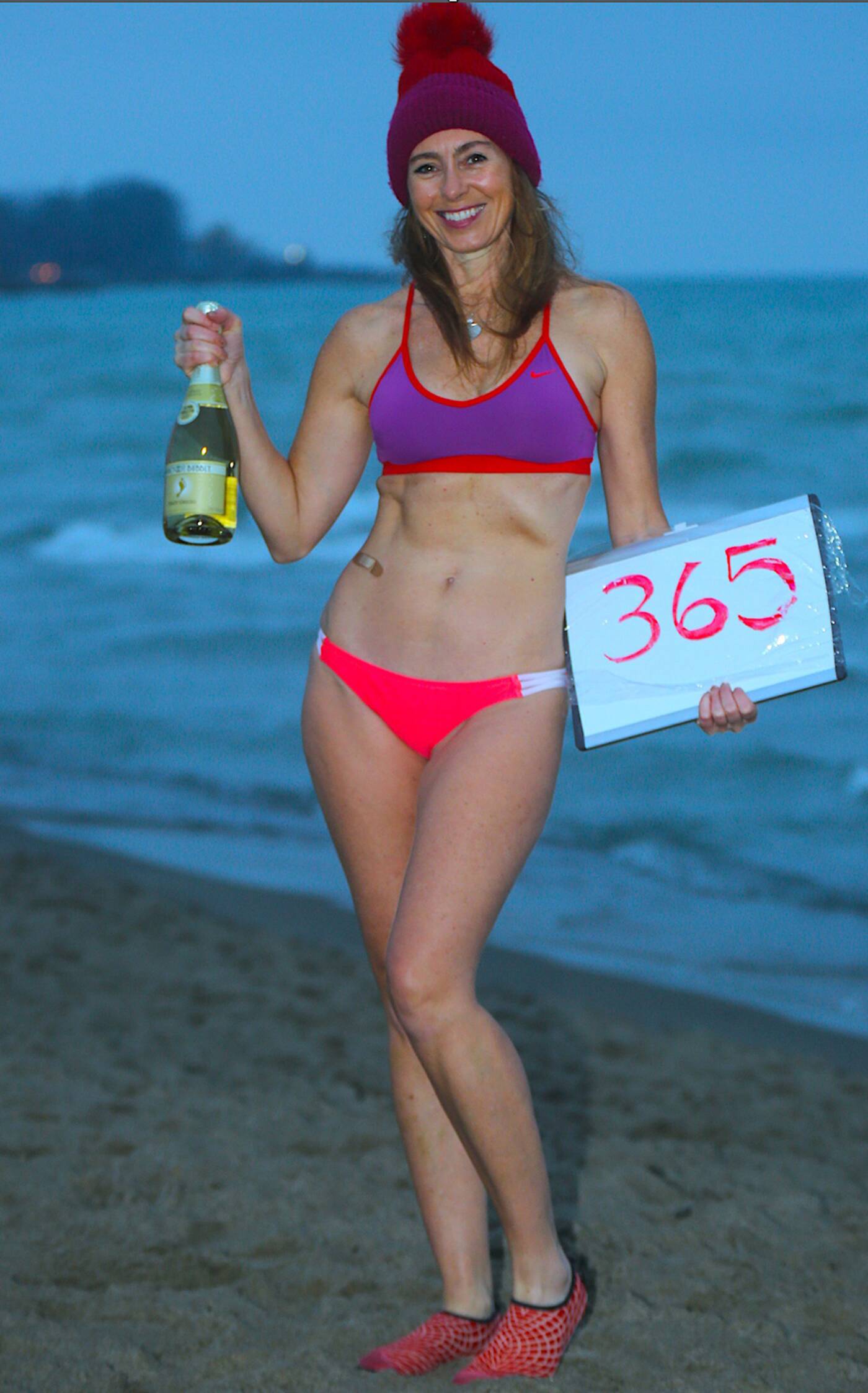 Brazao shared some photos taken this morning from the last cold plunge of 2021 in a Beaches neighbourhood Facebook group, inspiring a torrent of reaction among community members who are joining in to congratulate Friedmann on her success.

“I was wearing a down filled jacket when I shot these… and my fingers nearly froze from when I took off my gloves to shoot,” Brazao says.

“I like the fact that, besides believing that swimming in -20 agree weather with the windchill factor is good for the mind and soul, she is trying to get donations and increase awareness to help kids.” 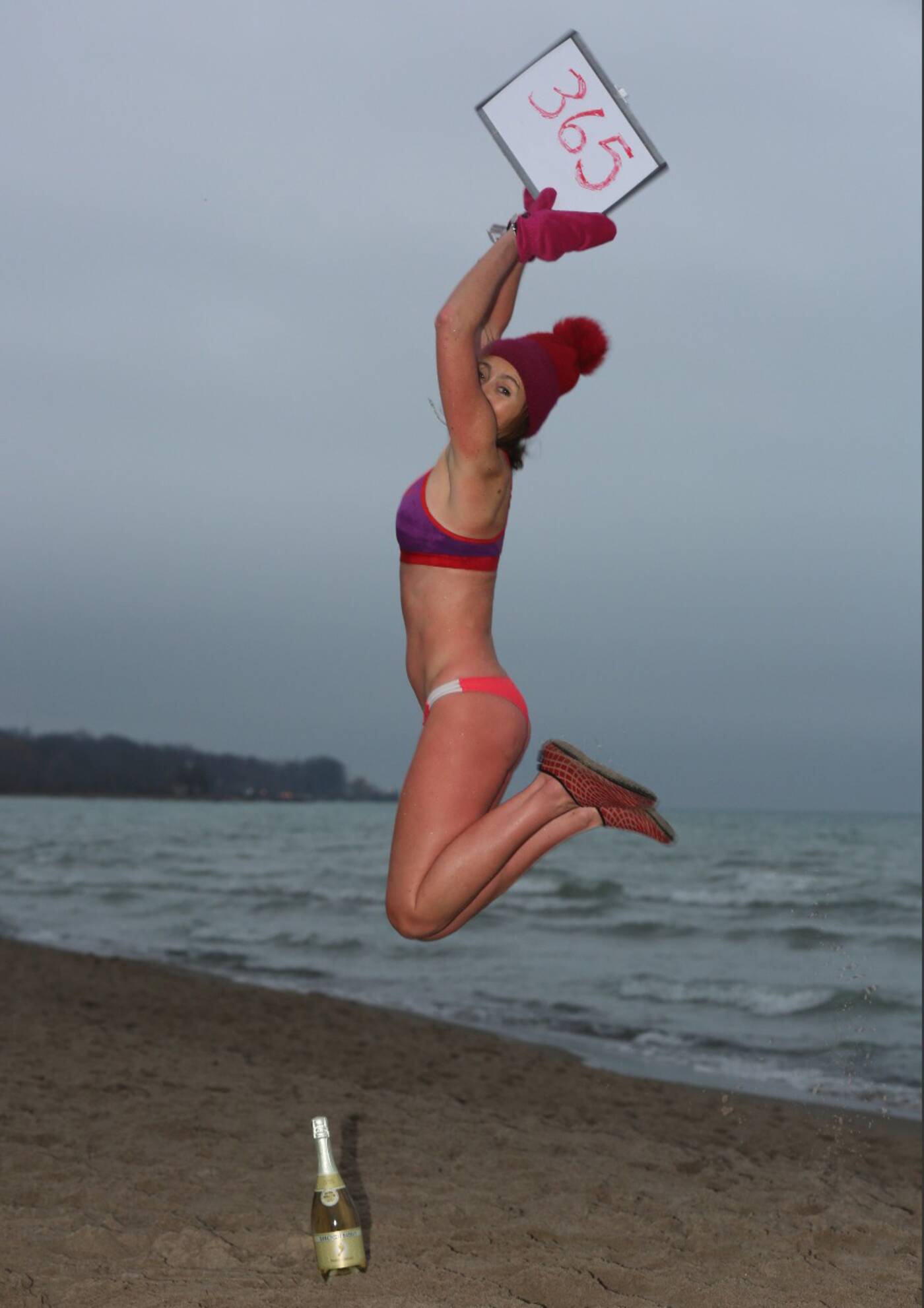 He’s not the only one impressed: Response on Facebook to his beautiful photos has been overwhelmingly positive, attracting a bunch of comments to the effect of “wow,” “way to go,” “impressive” and, in one case, “If I could get a body like that I’d consider doing it.”

Brazao was one of several community members present today for Friedmann’s 365th consecutive dip, which she celebrated with a well-deserved bottle of champagne.

“Through snowstorms and cold snaps, mosquito infestations and fox invasions. She did it in part to raise money for #KidsHelpPhone,”  he wrote in the caption of his photo set. “Her next challenge is to walk on hot coals for an entire year. We are out buying fire extinguishers. Conrats Dylan.”