Police in Toronto are seeking the public’s help in identifying a suspect who may or may not be seriously dangerous, depending on whatever the heck is inside the spray can he’s been using to blast TTC riders.

“On Tuesday, January 4, 2022 at 5:45 p.m., police responded to a radio call for an assault at Greenwood TTC Subway Station,” reads the release.

“It is reported that an unknown man approached a passenger and sprayed them in the face with an unknown substance.”

The same man is then said to have travelled to Finch Station, where he sprayed another passenger on the bus platform. 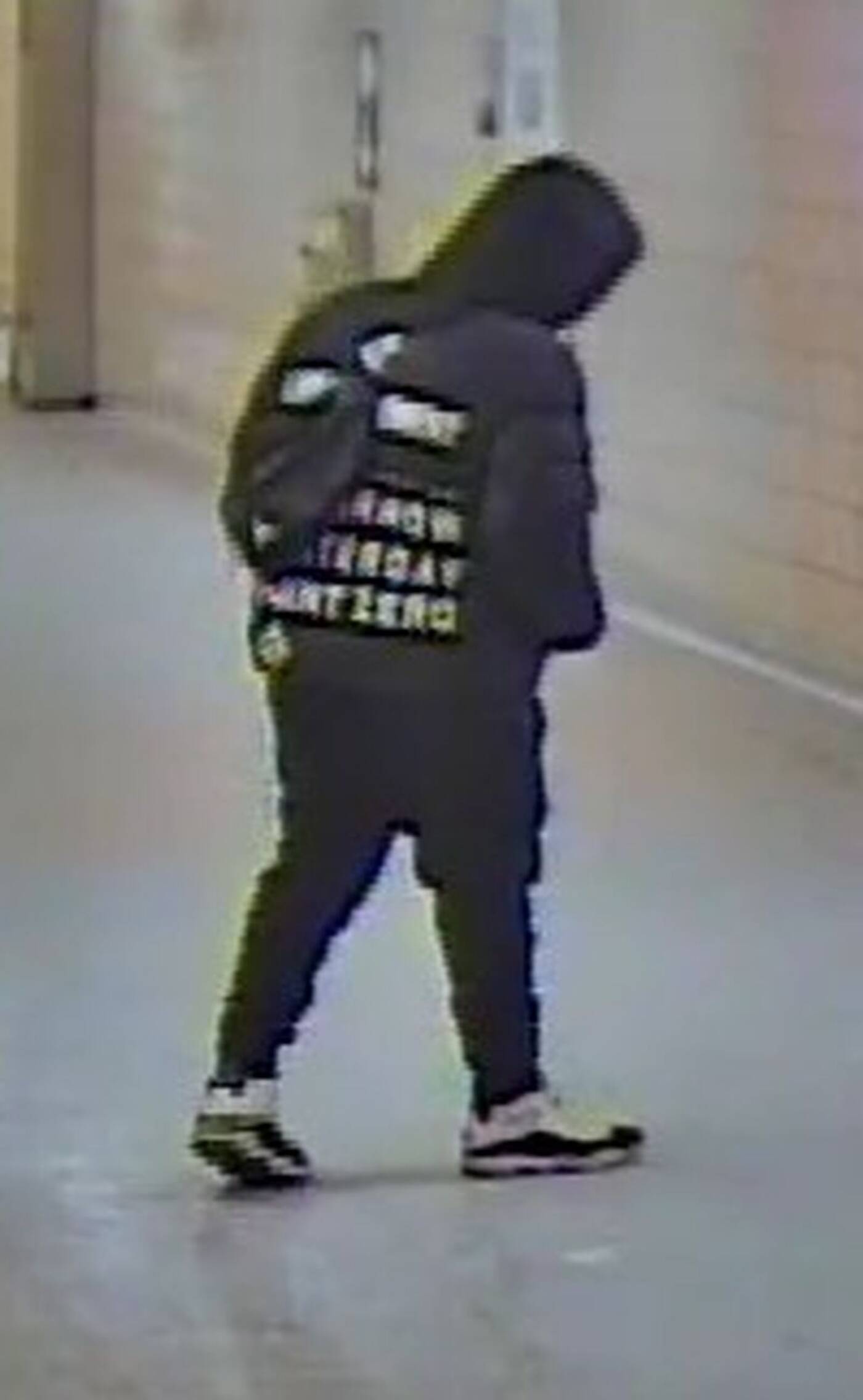 The suspect was wearing a unique-looking coat at the time, but his face was largely obscured by a mask. Image via Toronto Police Service.

According to police, the targets of the man’s spray activities were both totally random and the incidents took place without any provocation.

Four security camera images have been released in an effort to help investigators find the suspect. Anyone who might recognize him is asked to call police at 416-808-5500 or call Crime Stoppers anonymously.

Should you see the man pictured in person, police advise that you do not approach him and call 911 immediately.