Sometimes superheroes second-guess themselves too.

This was very much the case for Shang-Chi star Simu Liu, who spent the majority of his time on Celebrity Jeopardy!’s premiere episode trailing behind his competitors.

Sunday night was the celebrity game show’s return to prime time, and it had an all-star cast including Liu, Saturday Night Live cast member Ego Nwodim, and comedian Andy Richter.

Richter was the heavy favourite since he was no stranger to winning the quiz show.

“It was in 2009 and I won,” said the comedian. “But I couldn’t come back for the semifinals because Conan and I had lost The Tonight Show, and he was prohibited from being on television, so we went on tour in order to keep the band paid.”

Liu sang Richter’s praises, even calling him the “main character” of the episode.

“He lost his chance at victory and now he’s back with a vengeance and ready to take it all,” said the 33-year-old from Mississauga. “I’m just a side character. I’m just standing in his way.”

For the majority of the game, no one stood in Richter’s way.

The former talk show announcer had almost double the amount Liu had going into Final Jeopardy!, despite the Canadian actor nabbing many of the daily doubles. 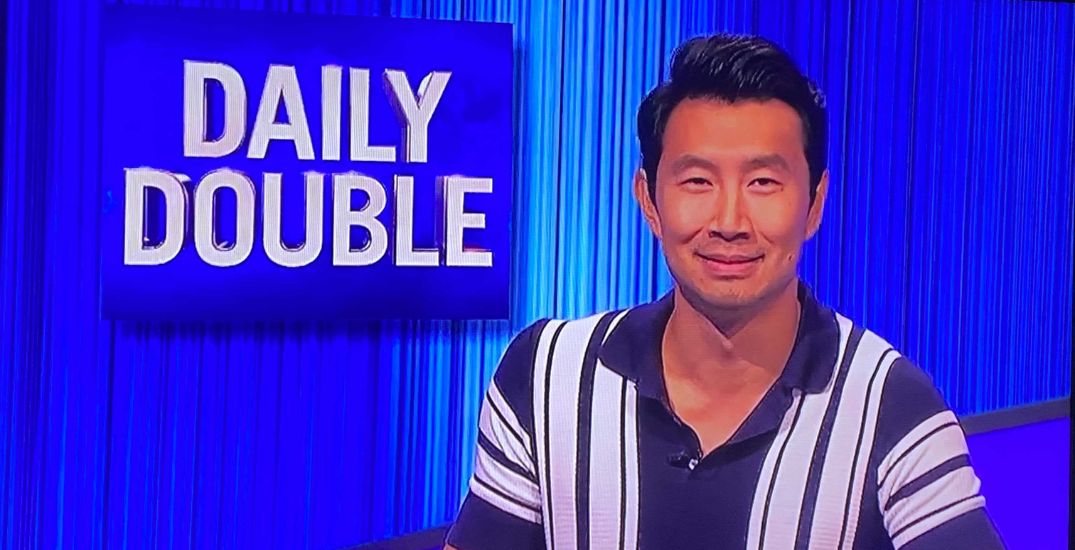 But just like in a Marvel movie, Liu made a heroic comeback in the last second.

He wagered all $11,600 of his earnings on his Final Jeopardy! answer. The question was about landlocked countries and the answer was Vatican City — and Liu got it right.

Toronto’s pride and joy surprised himself and won the round with $23,200. 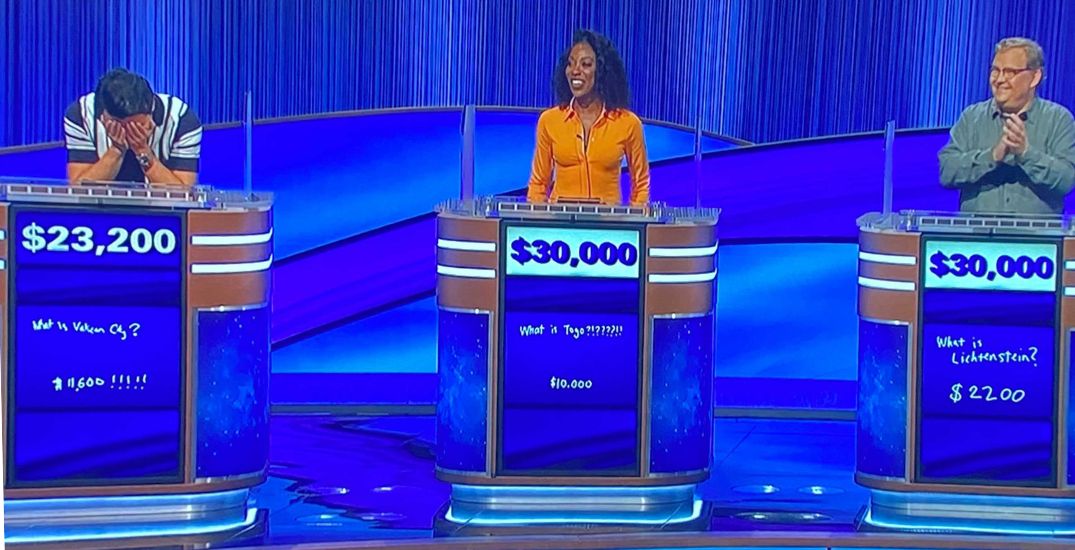 All of his earnings from the show are going to a good cause, too, since he was playing for the charity Stop AAPI Hate.

Liu’s reaction to his victory was priceless.

“Not me WINNING CELEBRITY JEOPARDY and realizing I could no longer make my dinner plans later that day because I had to compete in semis 😂😂😂” he tweeted.