It seems no building is safe from Toronto’s unquenchable thirst for more condos, with one of the latest targets an early 20th-century skyscraper that once defined the city skyline.

But don’t freak out just yet.

The Edwardian-style Canadian Pacific Building at the southeast corner of Yonge and King isn’t going anywhere, though a new plan proposes to entirely reconstruct its interiors to replace the current office space with just 67 condominium units. 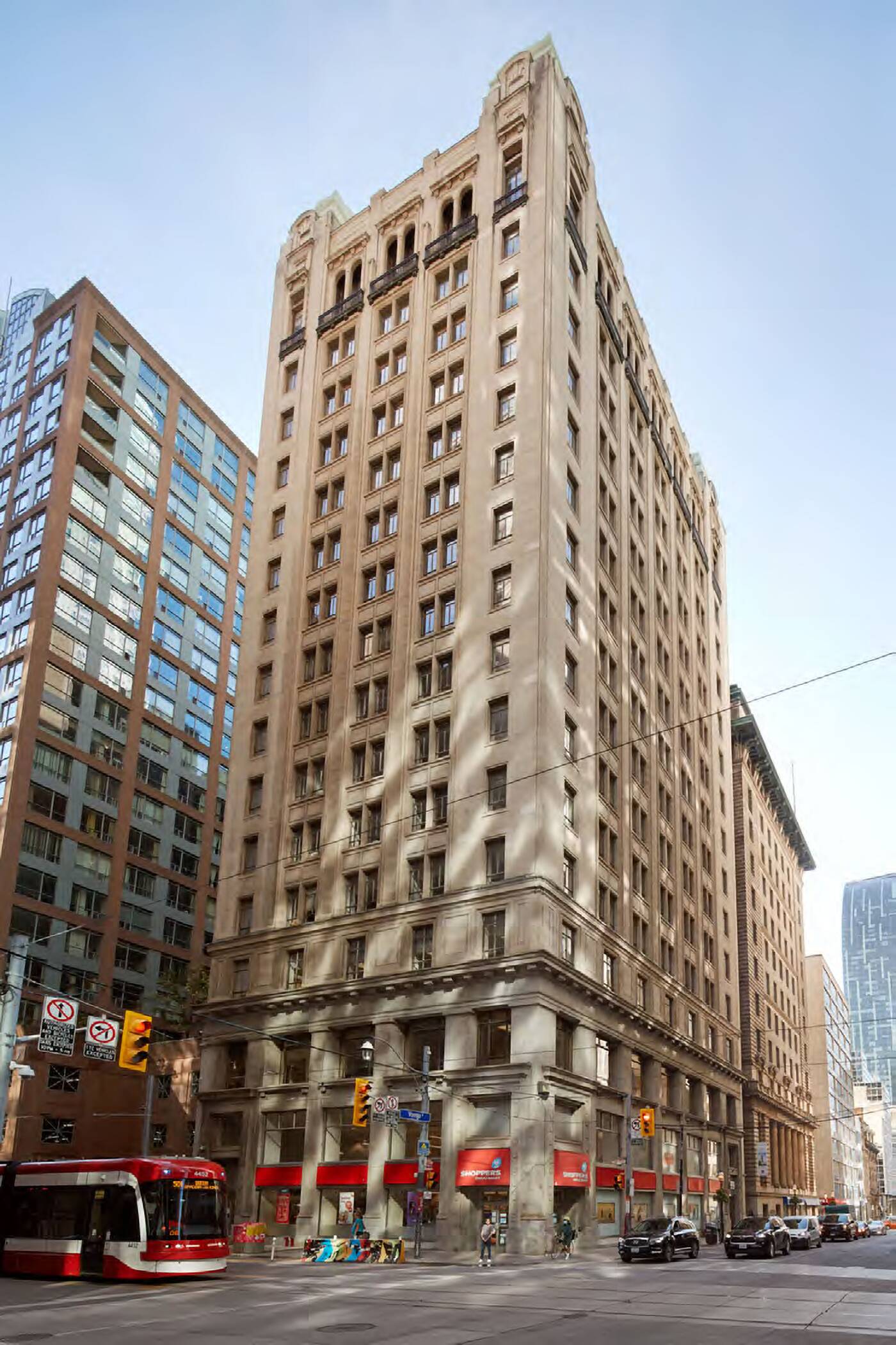 Looking southeast across the Yonge and King intersection to 69 Yonge Street. Photo by Ben Rahn/A-Frame via ERA Architects.

When it completed construction in 1913, the building at 69 Yonge Street was not only the most prominent structure in Toronto and Canada, but also the tallest across the entire British Empire.

This title would be short-lived, though, as the even taller Royal Bank Building at 2 King St. E. surpassed the Canadian Pacific Building just two years later.

In the over a century of city growth since, the tower’s prominence has been lessened by much taller buildings in the surrounding Financial District, and even with its heritage appeal, the building’s aging office space has a hard time competing with neighbours.

With a planning report citing the “declining viability of the building’s small floorplates to suit the contemporary needs of commercial tenants,” Primaris REIT is looking to rebuild the interior to support condos, the current driving force of the real estate market.

Architecture and design studio Partisans — known for their surreal designs like the flowing wood interior at Bar Raval — are leading the design of the interior rebuild, which would leave the existing Shoppers Drug Mart on the ground floor and mezzanine levels untouched, to remain in business during construction. 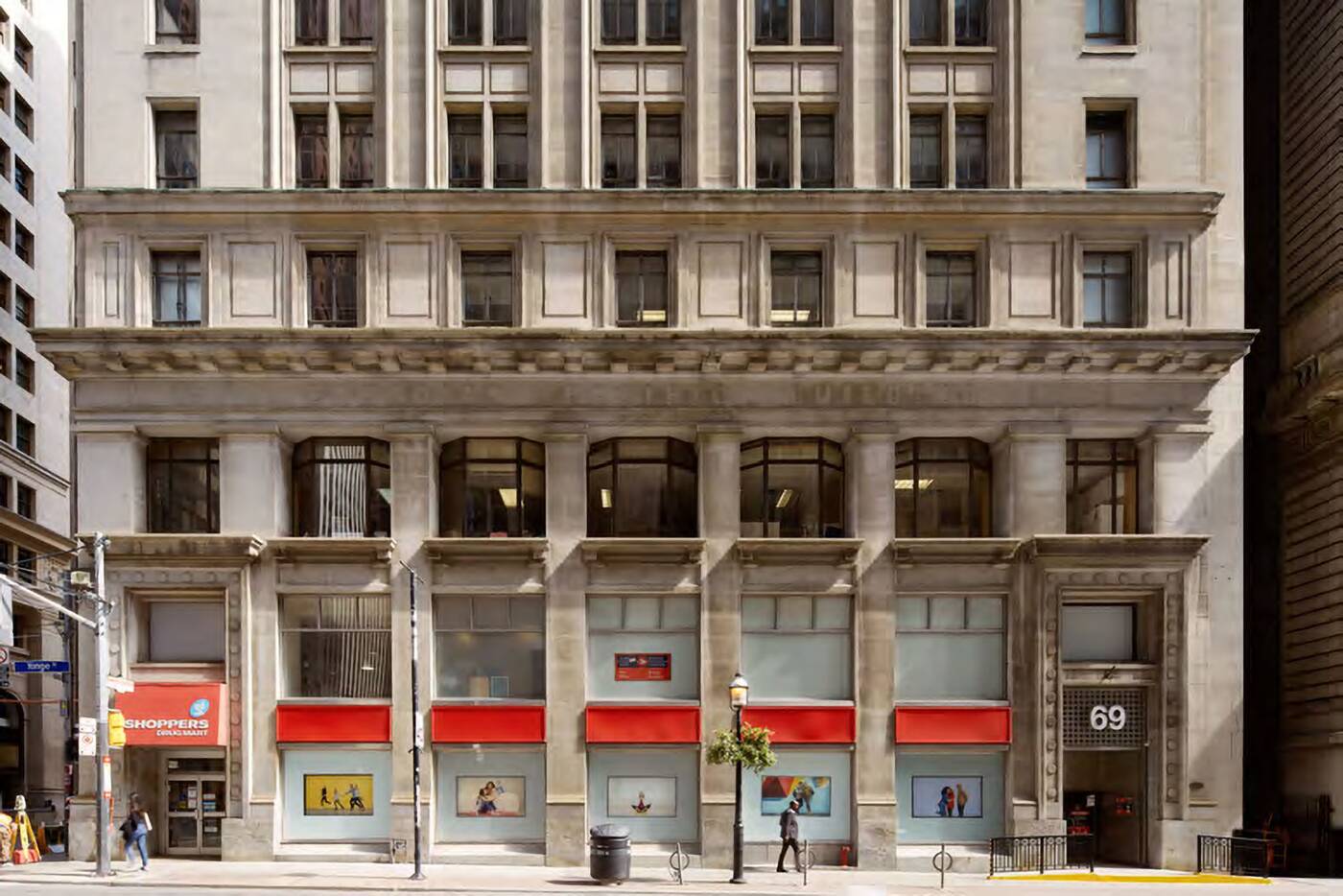 Though the Shoppers is to remain, some minimal changes are proposed at the base of the building. This includes plans to reinstate lost clock features above the northwest entrance, and the conversion of an unused sub-basement level into a new restaurant, including a new entrance from street level. 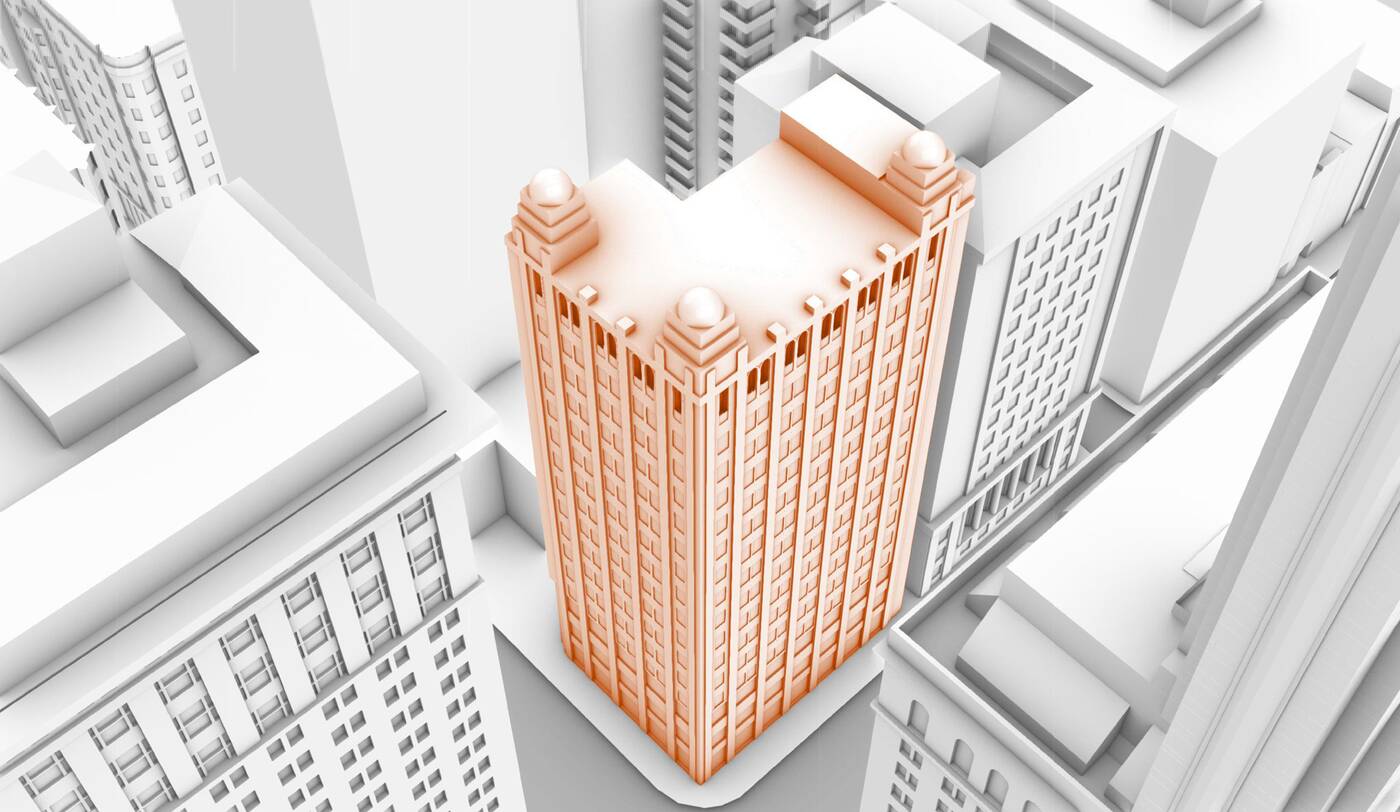 Minor changes are proposed that would alter the tower’s current look, including alterations to the building’s largely featureless east facade. One of the most noticeable revisions is the proposed replacement of non-original windows with new thermally-broken, double-glazed metal windows to match the original building’s design.

The plan could be among the projects to benefit from some of the $600 million earmarked for the conversion of empty office and retail space into market housing that the Liberal government promised as part of their election platform.