GoFundMe for trucker ‘Freedom Convoy’ paused amid questions about donors The GoFundMe for campaign for the truckers’ Freedom Convoy 2022 is once again under scrutiny.

The fundraiser, which started on Jan. 14 with a goal to support a trucker driver convoy protesting federal mandates, has surpassed $10 million.

It is now the second-largest GoFundMe in Canadian history. A fundraiser to support the victims of the Humboldt Broncos bus crash raised $15.2 million in 2018. That campaign had to go through a court-supervised process before funds were distributed.

GoFundMe posted a message on the Freedom Convoy 2022 page this week to say that the fundraiser “is currently paused and under review to ensure it complies with our terms of service and applicable laws and regulations.”

The fundraising platform says it is doing all it can to protect both the donors and organizers.

The announcement came on the same day Ottawa’s police chief said some of the money donated had come from the United States.

A CBC News analysis of the donations last week found that at least a third of the donors were listed as anonymous or used invented names. Several donors indicated they were in countries such as the United States, the United Kingdom, Australia and Poland.

Meanwhile, Tamara Lich, who is listed on the GoFundMe as a fundraiser, along with B. J. Dichter, was thought to be out of contact.

“Tamara is MIA, we don’t know where she is, what’s she’s doing, what’s going on,” said Pat King in a YouTube video on Jan. 31. “So we will let the big dogs take over here.”

But Lich recently tweeted, suggesting the “rumour mill” was in action. 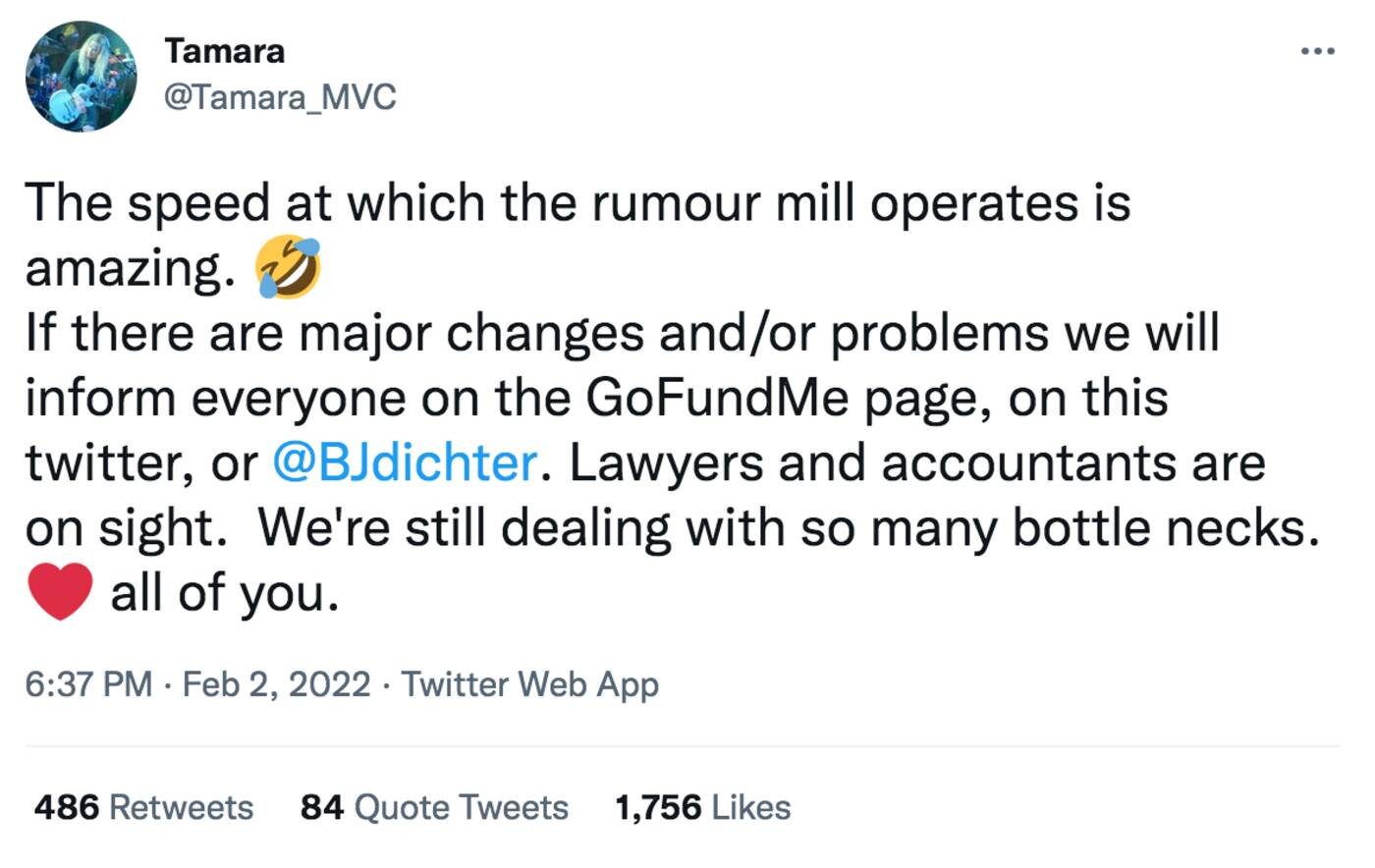 “If there are major changes and/or problems we will inform everyone on the GoFundMe page, on this twitter, or@BJdichter,” she wrote. “Lawyers and accountants are on [sic] sight. We’re still dealing with so many bottle necks.”

B.J. Dichter spoke on YouTube explaining the Freedom Convoy’s goal is to end all vaccine mandates.

In a statement on the Freedom Convoy 2022 fundraiser, GoFundMe said recent events in Ottawa have generated widespread discussion on the convoy.

“As the activity surrounding the protest evolves, we have been monitoring the fundraiser to ensure the funds are going to the intended recipients and that the fundraiser remains within our Terms of Service. Our monitoring includes maintaining close communication with the organizer as well as collaborating with local law enforcement,” the statement read.

They say the fundraisers must be transparent about the flow of funds and have a plan for how the funds will be spent.

“When we do not receive required information, we may put a pause on donations as we did in this case,” the statement reads.

This is the second time the fundraiser has been questioned. GoFundMe froze the campaign just over a week ago as well.